“My treasure? If you want it, you can have it…Search for it! I left everything in the world there.” — Just with these words from The Pirate King, the world ushered in the pirate age. 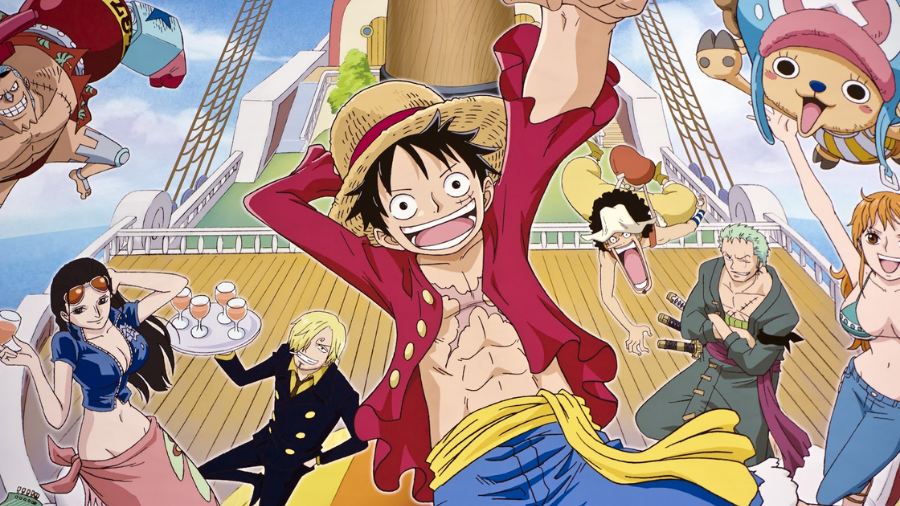 Set in the Great Pirate Era story follows Monkey D. Luffy as he sets out for the greatest adventure after saying- “Kaizoku Ou ni Ore wa naru” or “I am going to become the Pirate King”. To do so, he has to find the treasure called ‘One Piece’, left by Gold Roger (Pirate King) at a certain place. One Piece is easy to follow. Art improves over time, and it’s great when you get used to it because it fits the premise and story.

For any story, longer the series drags on, it becomes extremely easy to lose sight of the goals of the things that were important to the story, but that’s not the case with One Piece.

There is a certain constant level of entertainment in every chapter where the chapters are always improving, which shows the brilliant and well thought writing Oda has done and the aspect where most other stories fail to deliver. The development for certain things starts well in advance (even hundreds of chapters before), leaving subtle hints about some event which all clicks together when it happens. Nothing introduced to the narrative of One Piece is without value, and this value is ever-expanding. Things don’t just appear in one arc only to disappear in the story that follows but are well used to their entire potential even later on in the story, which is the genius why people can continuously come up with new theories about the story. Things that appeared whimsical at some point become beautiful pieces of foreshadowing when they connect.

The comic relief is well-executed, and some constant gags associated with particular characters do not fail to deliver us a good laugh, even 980 chapters deep into the story. There are a lot of things people have already talked about regarding One Piece which I won’t get into in this review, instead I wish to lay down the facts that are brilliant and not much talked

The characters in One Piece are so well done that you can almost feel each one of them come to life, all of them being extremely easy to relate to- be it the Main Characters or Antagonists and even a lot of side and minor characters.

One Piece has a hell lot of characters, which makes it very easy for any story to lose sight of the reason behind introducing them and not giving them proper development they deserve. This leads to the characters feeling ‘hollow’. But, that is not the case with Oda’s Masterpiece, even side characters who might have had a little impact are given due respect. Hell you will even feel connected to the ships in the story. Amazingly, some characters will develop an image in your mind well before showing their face in the story.

The concept of Nakama used in One Piece is like the very embodiment of friendship — or Comrade. This is the technique used by Oda to bring out 100% potential of a character — developed so well that now it is like a reference for new stories to copy from forever. It is complicated to describe how the characters, even though ever-evolving and developing, are still the same good old characters at their hearts, which you came across very early on in the story. 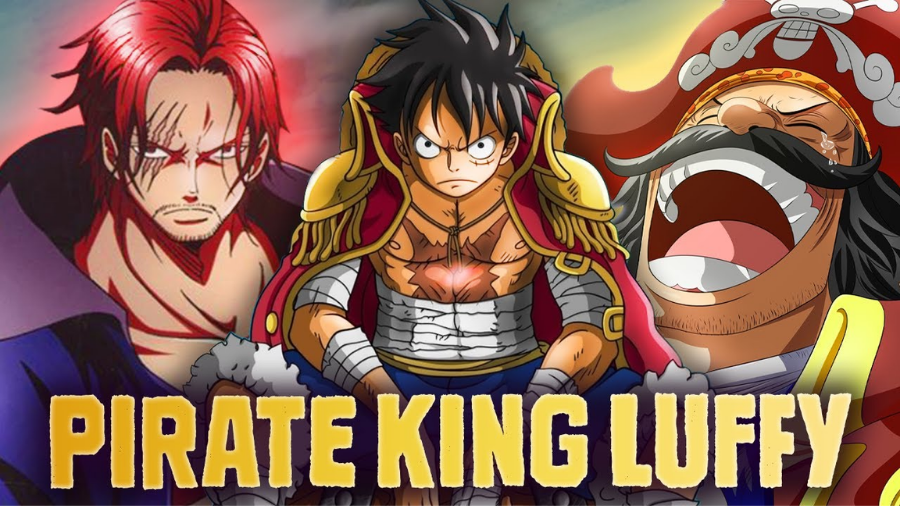 Perception is something that affects not only the readers but also the characters in the story. The narrative uses perception as an incredibly fantastic tool and uses it to make people believe certain things. The designations of people in Marines, the titles and bounties of pirates, all add up to how you perceive certain things vs. how they are in reality.

Take Pirate King for example. Probably the biggest title that series has to offer for an individual and the end goal of Luffy. The meaning of Pirate King as perceived by the people of the world, the different pirates aspiring to become pirate king, and our Protagonist Monkey D. Luffy are all worlds apart.

Even the character of the man who actually became pirate king- Gold Roger whose stature is laid out in a way that makes you ponder upon how this person would have been and forces you to have an image in your mind regarding how a Pirate King should be. But when the character is actually shown no matter what kind of perception you might have had for him, the character built by Oda for him is so well done that you immediately admit that that’s how he should be.

A good story is one in which the value of previous chapters and arcs increases when you go deeper into the story, and One Piece is a perfect example of such storytelling.

It astonishes me how the East Blue arc means so much now than it meant back when it was my first time reading it. Let alone the East Blue, just reading Romance Dawn (the first chapter of One Piece) proves how good of a mangaka Oda is. Those 50 pages of Romance Dawn have so much value now, which is impossible to think of in the first time reading. He set up so much in just that one chapter that the things laid down in it are still the theme of the story. I can’t even think of a One Piece without Romance Dawn at this point. This is also why I believe that One Piece is a story that needs to be read at least twice.

It is very easy to overlook the importance of Newspapers in One Piece, which is the source of information to the general masses and how greatly they can impact the world. The news spread by them reaches almost everyone on the planet and hence an incredibly amazing exploit that Oda doesn’t shy away from using, to have a lot of critical interactions in the story.

Bounty System in One Piece is an integral part of the story and plays a massive role in building suspense. One Piece being a manga about “lawless” pirates, uses bounties to create an amazing amount interest in the story by making us continuously look forward to and constantly speculate upcoming bounties of people and current unknown bounties. Bounty of a pirate signifies their impact on the world. It’s amazing how a piece of information so readily available to the people living in the world of One Piece would be something you would be dying to know. 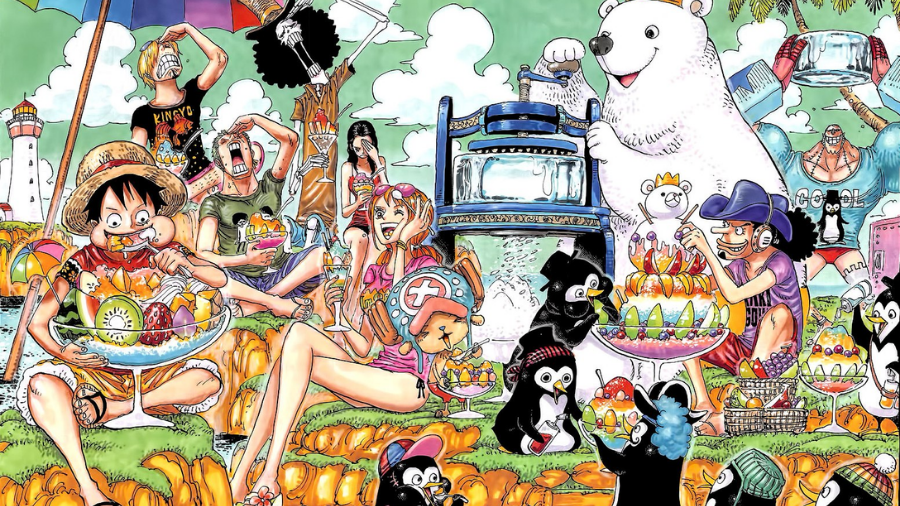 What’s being a pirate without enjoying life, the crew enjoys their time together by partying a lot. At the end of each arc, you have a big party to look forward to, which, when it happens, brings so much joy that it is tough to put it into words. Those parties make all the effort up to that moment worthwhile.

Geography in One Piece is very well developed. The planet is unique and will certainly make you ponder more about the kind of geography it has. Also, the way different islands are located and how you travel between them is a unique and well thought out thing. The way climate and seas play a role in traveling is also an essential factor. Even the way the journey of the pirates sailing through the waters is greatly affected by geography. All in all, you must look forward to the geography the world of One Piece has to offer.

Overall, it is funny how One Piece mostly gets hate from people who have not read it. Building upon that fact, I do agree that story might seem slow to people at the start because of which I urge anyone who picks up this masterpiece to at least read up to Arlong Arc, which is where the story really picks up and sets off. It does take some patience, but it will pay back a billion times more. Personally for me, no fiction of whatever media comes even close to what One Piece has to offer. It is truly an Epic that I am thankful to be alive to read.

PreviousWhere Did The Anime's Name "Dr. Stone" Come From?
Next7 Anime Characters Could Attend Tokyo Jujutsu High in Jujutsu Kaisen